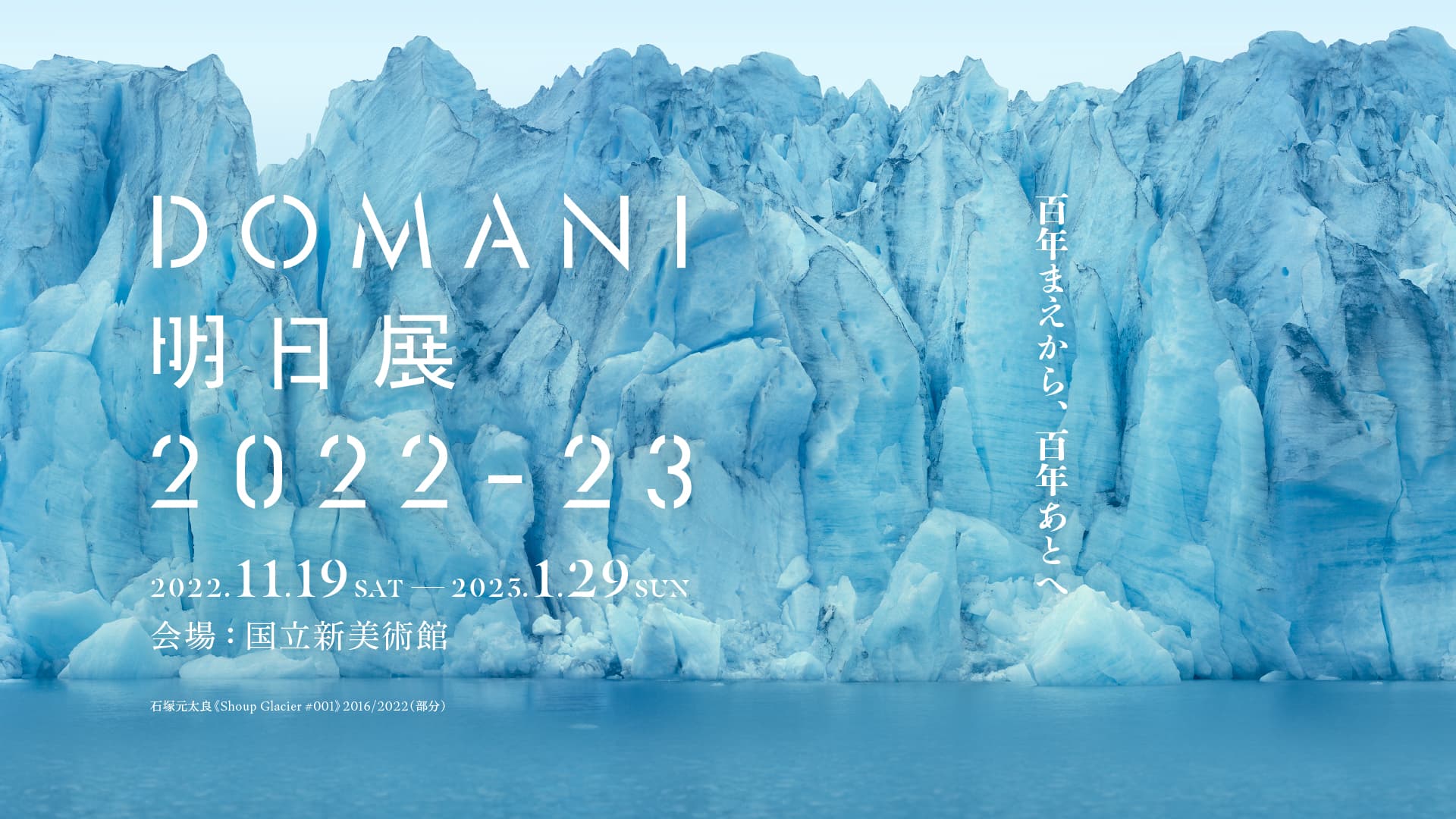 “DOMANI: The Art of Tomorrow” Exhibition 2022–23
A century back, a century forward

Over half a century has passed since Japan’s Agency for Cultural Affairs launched the Program of Overseas Study for Upcoming Artists (OSP) in 1967. The aim of the program is to nurture new talent and thus help ensure the future success of the Japanese arts sector, by supporting young artists to study and train at overseas institutions. The “Domani: The Art of Tomorrow” exhibitions showcasing the subsequent output of these artists were in turn launched in 1998, making this exhibition the twenty-fifth. Since the eleventh Domani, in 2008, the exhibition has been held in the spacious, light-filled setting of the National Art Center, Tokyo, which opened in the capital’s Roppongi district the previous year, as an exciting large-scale group show and follow-up OSP program presenting OSP alumni to the Japanese art scene.
Due to the coronavirus pandemic the previous (24th) Domani was unable to be staged in Tokyo, however the OSP network was employed to stage exhibitions in five locations around Japan. 2022 also saw publication of the book Domani: The Art of Tomorrow 1998–2021 documenting the first through 23rd Domani exhibitions.

Marking twenty-five years of Domani shows, this Domani opening in autumn 2022, the first to be held at the National Art Center, Tokyo for two years, will include three prolific practitioners whose work it has not been possible to showcase fully at previous NACT Domani shows, plus offerings from six fresh young artists completing their OSP studies relatively recently, and a contribution by guest artist Kondoh Akino, in the first display of her work at a Domani exhibition, and second at the National Art Center, Tokyo. The subtitle for this year’s Domani is “A century back, a century forward,” and this show a century after the Japanese capital was struck by the Great Kanto Earthquake in 1923 will ponder the nurturing of the next, post-pandemic generation of talent, and the state of the wider art world, from the perspective of “shaking/shifting ground, systems, values.”
Also bringing to the fore ideas that emerged when artists previously accustomed to traveling and presenting work internationally, found themselves for an extended period in a more stifled art scene, Domani 2022¬–23 is sure to have much to fascinate and inspire.

*Free entrance to the exhibition for College students on November 19 (Sat.),2022, upon presenting student ID.
*All students: Please present some form of valid student ID. Those up to highschool and less than 18 years of age will be free of admission fee upon presenting a valid form of ID.
*Disabled persons (plus one accompanied person) will be free of admission fee upon presenting Disabled Person's Handbook or an equivalent form of government-issued ID.
*Advance tickets goes on sale from Monday, October 10, 2022
*It has been decided that Group Tickets will not be sold for this exhibition.
*Reduction (200 yen off) applies to visitors who present the ticket stub of a current exhibition at The National Art Center, Tokyo; Suntory Museum of Art; or Mori Art Museum (Art Triangle Roppongi).
*Students, faculty and staff, of “Campus Members”, can view this exhibition for 300 yen (students) and 800 yen (faculty/staff).
Artist Profile

(format category of the work, year selected for the Program, length of study, city follow year of birth)